The pandemic has put a hard stop to on-premise imbibing (in most places), but that doesn’t mean consumers are any less thirsty. Without the guiding pours of a beverage industry professional, many bon vivants have found themselves floating aimlessly through a sea of bottle shops and grocery stores, too intimidated by the countless choices to make a solid decision, scared to wind up with something that doesn’t suit their palate, and sometimes leaving empty-handed.
Enter their lifesaver: the virtual tasting. 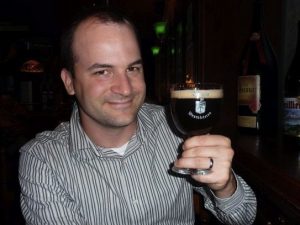 Christopher Quinn owns and runs the much-beloved Beer Temple in Chicago and built the foundation of his now-booming virtual tasting business within a few days of the Illinois shutdown. Quinn says that initially the tastings were a way to have “something lighthearted…a way to decompress and see other people” and they have since grown in composition and popularity in the past ten months (ten centuries?) to the point that inquiries are coming in every day. These virtual events have the capacity to serve consumer needs while simultaneously amplifying brand reach, and Quinn explains that “with the lack of a way for brands to get in front of the end consumer, [virtual tastings] can get engagement [with] more of a long-format discussion.” He believes that this outlet creates an “unprecedented” level of engagement for brands due to the fact that “[consumers] are sitting there for half an hour to an hour or more just listening” and that even in a pre-COVID world, “it’s hard to get that level [of attention].”

Another movement to creating the self-assured sip can be found in Slik Wines: an intersectionally-minded virtual wine education platform co-founded by somm trio Marie Cheslik, Kyla Peal, and Danielle Norris. Slik’s ethos is “making [wine] accessible for everyone,” and Norris reassures that “none of this has to be scary” because “if we are truly doing our job, we are creating comfort” in giving consumers “confidence when [they] go to the store.” The highly-customizable spread of offerings in their tastings bursts wine’s often-austere bubble and opens the world of wine to even the most timid tippler. Cheslik points to their inventive consumer-focused Blind Tasting 101, an exercise previously shrouded in the “serious master somm category” but that has been Slik’d into “a fun drinking game” as virtual education that both relaxes and energizes its participants. 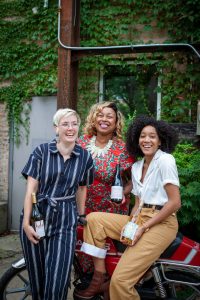 In addition to seeing clients immediately purchase the products their tastings have introduced them to, both Quinn and the Slik team feel that the level of approachable and familiar engagement that exists in the virtual tasting sphere creates a highly-coveted intimate relationship between brand and consumer. “[Consumers] need someone to say ‘this is delicious, you gotta check it out, you’re gonna love it,'” which Cheslik says naturally leads to people going out and saying ” ‘I remember us having that and now I feel comfortable [buying it].'” The sometimes-intimidating atmosphere of a tableside somm (where often the standing professional is literally talking down to the seated self-effacing guest) is hence transformed into a casual, cordial conversation between co-humans that are alike in their potable passion.

If a brand is still on the fence about whether or not to partner up for a virtual tasting, Quinn urges that “now is the time to do it” because it’s still exciting and fresh and has potential to further lay the groundwork to “iterate off of it once we can be in-person.” Additionally, with bars and restaurants closed, holiday celebrations have been relocated to homes, meaning there is a unique chance for brands to incorporate themselves into lasting personal memories with their consumer base. Slik has taken this opportunity to the next level, curating the créme de la créme of a party by partnering with a brand to offer a stellar steal of a New Year’s Eve deal for two (i.e. a magnum of brut reserve Champagne, 50g of caviar plus fixins and two Mother of Pearl spoons, a CONFETTI CANNON, and exclusive access to Zoom festivities that will pop 2020 into oblivion).  “We are your freelance sommeliers,” says Cheslik, reiterating that Slik’s role as a “liaison” to enjoying wine “spreads the good word” and creates and educated and confident consumer base. It is through this innovation by industry pros like Quinn, Cheslik, Peal, and Norris that the platform of virtual tasting builds an inviting bridge between brands and consumers, establishing loyalty that will last long after the pandemic is in the past. 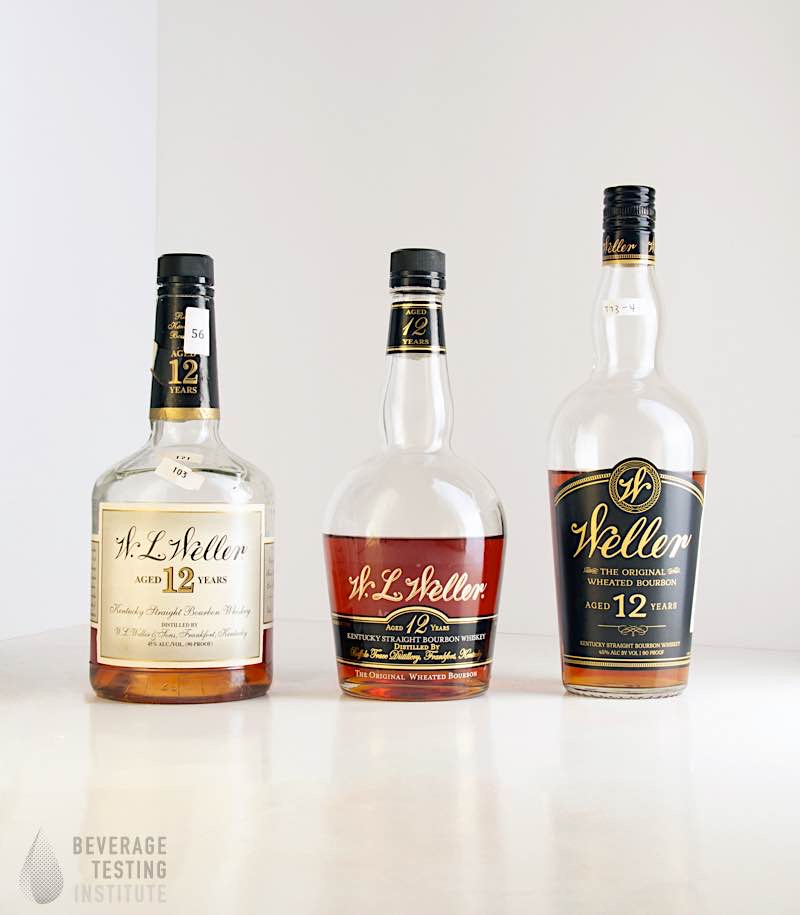 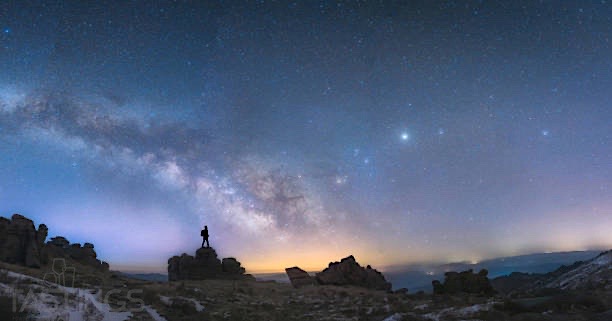 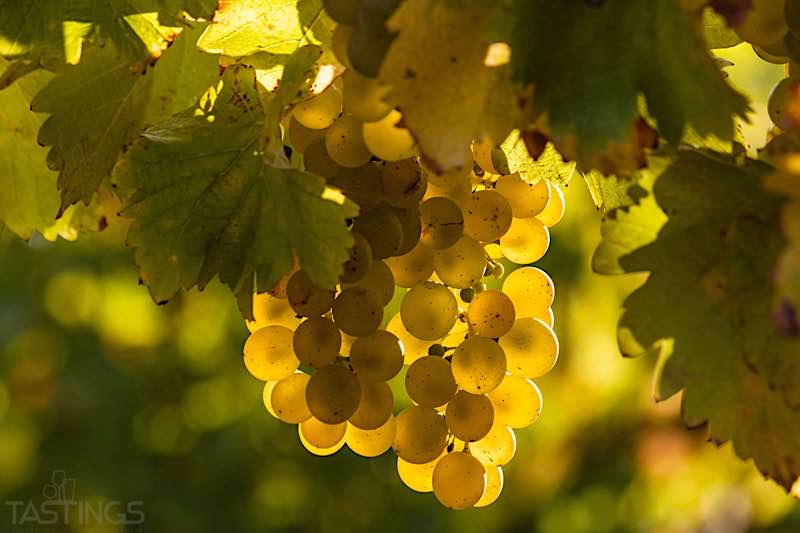 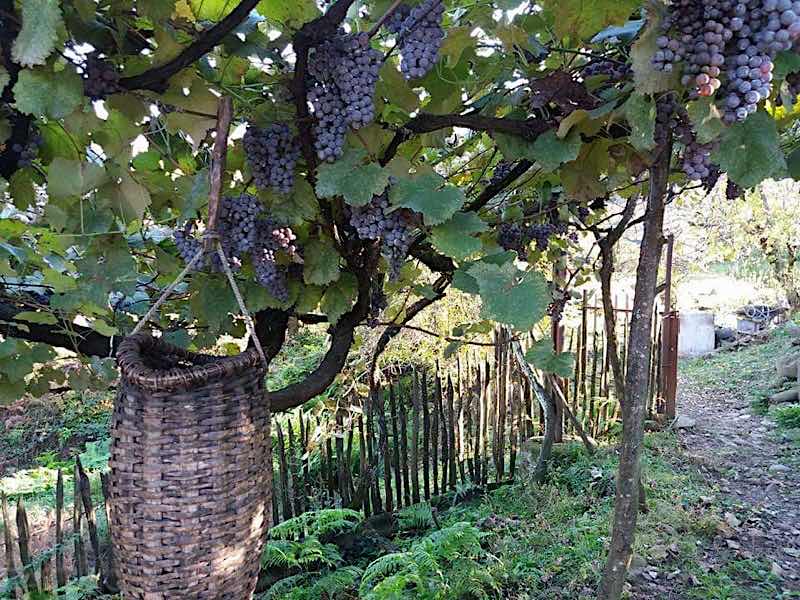